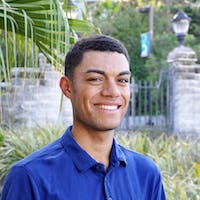 Subscribe to our newsletter and never miss any upcoming articles

Listen to this article

The notify verb is a powerful method to send an encrypted data transmission to an @ sign’s secondary server, in this part of, “The Power Behind Sharing Data on the @ platform”, we’ll be deep diving into just how the notify verb works and how to implement it into your own Flutter application.

What is the Notify Verb?

The Arguments of the Notify Verb

The verb itself can be seen with three main parameters; AtKey atKey, String value, and OperationEnum operation. The AtKey atKey is an object that contains the following member variables (or fields):

The String variable named value is actually the AtKey object being converged as a string, more on this later. Finally, we have our OperationEnum operation which is a very important part of the notify verb as this is the deciding factor of what type of notification will be sent to the chosen secondary server. You will see that the OperationEnum is defined as an enum (which is, in its simplest terms, a nice collection of constants) and in our case, the constants are; update, delete, append, and remove. What do these all mean however?

When OperationEnum.update is passed through notify, the @ sign who is receiving the notification will cache the value sent in either an already pre-existing version of the key and update the value with the new value sent, or create an entirely new key to store the value in. When OperationEnum.delete is passed through notify, the secondary server that has received the notification, will then begin the process of deleting the cached key that was previously sent to them. Both the append and remove attributes have not yet been implemented by our backend team members, however, their functionality is still quite self-explanatory. OperationEnum.append will simply append the value to an already cached key and OperationEnum.remove will remove the specified value from an already cached key. Continue staying up-to-date with the @ platform to see when append and remove have been implemented!

Now that all of the mandatory arguments have been discussed, when an @ platform developer takes a closer look, they will notice that the notify verb also contains five other optional arguments! These arguments being; MessageTypeEnum messageType, PriorityEnum priority, StrategyEnum strategy, int latestN, and String notifier = SYSTEM. I won’t go into deep detail as to what these all are as some of them are quite complex, especially to a beginner developer. Regardless of the complexity of these arguments, we still endorse the brave-hearted to play around with them!

Implementing the Notify Verb in your Application

Now that you have a foundational understanding of what the notify verb is and what it is doing, it is time to start using it yourself! The notify verb is succinctly utilized in The @ Company’s at_cookbook demo app and will be the main source of example for this portion of the article. To give a summary of what the at_cookbook demo application is doing, it allows a testable @ sign to create a cooking recipe with a recipe name, description, list of ingredients, and a picture. After doing this, the @ sign is capable of sharing this entire recipe with another testable @ sign. How did we do it? First, we created a dishWidget class that in of itself would be an individual recipe with each instance. What we did was first initiate the fields:

After retrieving all of these fields, we then push the entire dish widget as an object to the home screen where the list of recipes are located. Now that you have the recipe itself, you’re able to pass this through the notify verb. When an @ sign wishes to share a recipe, all they have to do is press a button. On press of this button a function titled _share is then called. This function is structured as so:

If you would like to have a walkthrough on how we developed the at_cookbook demo app, feel free to watch Tyler Time Episode 3 on YouTube! If you have any questions, be sure to ask us on Discord!