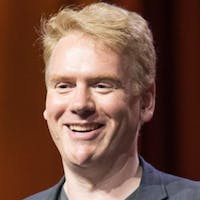 Subscribe to our newsletter and never miss any upcoming articles

Listen to this article

This roughly echoes my own approach to automation, but I've been noticing recently that sometimes I'm going straight to step 3 without even trying 1 & 2.

An example would be multi architecture builds for Docker images. We've been doing x86_64 builds for a while, but we also wanted to do 32bit and 64bit Arm for Raspberry Pis, Apple M1, AWS Graviton etc.

We were already using a GitHub Action to create the x86_64 image, and to get that working from the boilerplate below needed just a couple of things:

To get the Action to make Arm images too all I needed to add was a platforms section after tags:

You'll see that I also added some extra stuff to the tags there to get :latest and a tag associated with the Action run number.

And that's all that was needed. Without ever trying to create a multi-arch image manually, I pressed the run button and it made me images for all 3 architectures. I can't actually imagine how doing it manually would be any easier - even for one iteration never mind for a repeatable system.

NB: I'm using on: workflow_dispatch: here whilst I test the Action, but soon enough it will be plumbed into the pipeline and running without human touch.

We are changing the Internet for good. Join us on

and code with us.